My interview with SF Gate on my feelings about the long and amazing history of SF Sketchfest.

How 3 twenty-somethings built San Francisco’s Sketchfest, a festival unlike any other

The timing was exactly right.

In 2002, sketch comedy was having a moment in San Francisco. The city contained an inordinate number of exceptional local sketch comics, touting then-relative unknowns like W. Kamau Bell and Al Madrigal.

And all of that talent collectively faced one issue: Good venues were hard to find.

Cole Stratton was one such sketch comedian. He, a couple of buddies from his time at San Francisco State (Janet Varney and David Owen — both in their early 20s) and Gabriel Diani made up one of those groups, called Totally False People. By 2002, they’d come into their own while performing together for a couple years, but had trouble finding stages that would host them.

So they rented out their own for the very first San Francisco Sketchfest.

“At the comedy club, they were kind of like, ‘What is this?’ And at theaters, you’d have to rent a theater for a long while. You couldn’t get a one off,” Stratton explains.

So Totally False People and other sketch groups in town, including Kasper Hauser, the Meehan Brothers, Please Leave the Bronx and White News Radio Theater, pooled their cash and together rented the Shelton Theater on Sutter Street for a month.

“We just did a bunch of shows with two groups headlining per night, and then a cabaret-style thing the last week with all the groups doing shorter sets,” Stratton says. “We didn’t see it as a big thing that was going to keep going.”

The success of the first year proved him wrong, with attendance aided by an endorsing feature from The San Francisco Chronicle about the event run, which helped sell out seats.

“That’s when the sparks hit, like, this could actually be something,” Stratton says.

At the time, it was still a fledgling event, and as longtime veteran comedian Paco Romane says, it didn’t yet feel like a festival.

“It felt more like a community of like-minded sketch comedy [and] improv groups,” he says.

By the next year, that had changed. In 2003, Stratton, Varney and Owen rented out the Gateway Theatre — then dubbed the Eureka Theatre — and enlisted bigger name acts, like Fred Willard’s Hollywood Players, the Sklar Brothers and members of the Upright Citizens Brigade.

Stratton says those early years worked because of two reasons. For one, the festival succeeded because it wasn’t in Los Angeles. L.A. audiences apparently don’t get excited about shows like these “because they’re constant.” For San Francisco crowds though, the experience is a treat.

“We’ve been lucky in the sense that the audiences in San Francisco are rad and they get it. They are enthusiastic and great and want to come see stuff,” he says. “There’s a hunger there for it, which has made it very sustainable for us.”

The other, perhaps more telling reason is that the performers love it.

SNL alum and 2020 headliner Fred Armisen once called it “comedy summer camp,” Stratton says, because big-name and emerging comics get to not just hang out, but jump into each other’s shows and “cross-pollinate.”

Acts are encouraged to try out new material, not their touring set, and to “just have a good time.” But people like Romane, who has been both an attendee and a billed comic, knows it sounds a lot more casual and laid-back than it actually is behind the scenes.

“Someone like myself who’s produced shows including sketch, improv, stand-up — it takes so much work,” Romane says. “And to do what they do … I send them a note every year [saying], ‘I can’t believe you guys did it again. I dunno how you keep topping each year.’ I don’t know how they do it. What, Jon Hamm is doing improv at PianoFight? Who comes up with this stuff?”

There’s also something to be said for the exposure, Romane adds.

“It does bring industry eyes, managers, talent, those kinds of [people] to San Francisco for a few weeks, so a lot of us get noticed or hopefully get something,” he says. “And that’s been an awesome thing about it.”

For Romane, that’s meant gigs on “Drunk History” and other shows. For the founders, it’s meant other opportunities too.

Founder David Owen has gone on to work as a curator for Bonnaroo, Outside Lands and major local film festivals, and Varney has picked up roles on FXX’s “You’re the Worst” and IFC’s “Stan Against Evil.” Stratton, who’s appeared on a wide array of TV shows and hosts a critically-lauded podcast on pop culture, says his work with the festival “gets me into rooms.”

Much like during Sketchfest’s first year, sketch comedy is having a moment. Shows like Netflix’s “I Think You Should Leave” and “Astronomy Club” (the latter of which will be in attendance at this Sketchfest) have prompted a sort of renaissance for the art form, giving organizers opportunities to capitalize on the festival’s roots while still branching into film screenings, TV show premieres, stand-up and improv.

“Every year [we] would try new things and we would grow faster than we probably should have,” Stratton says. “But I think that’s one of the reasons it’s worked as well as it has. We haven’t been afraid to take chances and we’ve just tried things and if they don’t work, we go, okay, next year we’re not doing that again. Other things do work and then we build up on that.”

But not just any musical — a Lin-Manuel Miranda-created show called “Freestyle Love Supreme.”

“When we were talking about it,” Stratton says, “we kind of joked like, yeah, we’ll have a Broadway show. Sure.’ And then I was like, ‘Can I just ask?'”

Such programming has made Sketchfest a singular event over the last two decades.

“To be quite honest, I think Sketchfest is the best comedy festival in the country,” Romane says.

“It’s been amazing to watch because you can see how much hard work they put into it and the amazing amount of different kinds of programming and taking different people and putting them in different kinds of shows. It’s been pretty incredible. I don’t think that there’s another comedy festival that comes close to what they do.”

Sketchfest begins on Thursday, January 9 and runs through Sunday, January 26. Shows take place throughout San Francisco. Tickets are sold individually for each show through the festival’s official website. 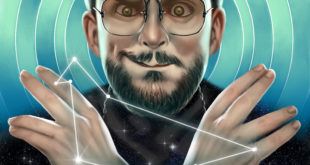