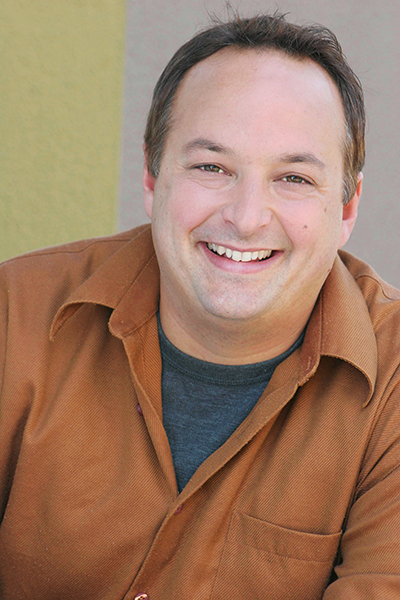 Paco Romane is one of the greatest Bay Area comedians. In addition to doing stand-up all around the Bay all the time, he hosts the Sup Doc Podcast with George Chen. He’s also performing at the Outside Lands Music Festival this weekend, where he has curated a set of his favorite comics to open the Barbary tent, and will also be doing a “Hipster Chef Roast” at the Gastromagic stage on Friday. If you can’t make it out to Outside Lands on Friday, Romane is doing a warm up show at Plate & Camera Productions on Thursday Night!

We had the joy of chatting with Romane. Sorry that we didn’t invite you, but you can read a word-by-word account of this conversation below!

SP: So, [Outside Lands] don’t have a lot of local stuff on the Barbary [tent] very often; how did you end up sneaking in there?

PR: Uh, well, I was invited. I am basically co-producing the show with SF Sketchfest and yeah, they invited me to.

SP: Wow, so it was just kind of a cold call, like “I want you to do this thing at Outside Lands, can you do it?”

PR: Yeah, yeah basically, it was all predicated – it was a little more convoluted than that. I mean, I’ve know the Sketchfest people for a long time. Years and years, I’ve performed in SketchFest for years and my show, the Romane Event, has been in SketchFest for many years as well. So I’ve known those guys and worked with them, and I produced a show called “the Roast Rumble” and it did very well. Not affiliated with the L.A. Roast Battle – the Roast Rumble – and it did very well and they saw that, and they wanted to kind of open it up  to more of a local scene.

SP: Excellent. So, what is a “Roast Rumble” exactly?

PR: Well, it’s nothing anymore. Basically it was – it is – it’s a show where like a round-robin tournament where comedians roast each other, with judges who decide who advances to the next round. But I am not doing that any longer at Outside Lands; I’m doing the Romane Event comedy show.

SP: Oh so they switched up your event. Oh, I see it now. It is now called the Romane Event. So what are we expecting from you now?

PR: Uh, so now we’re doing the Romane Event comedy show, which is a showcase of my favorite comedians.

SP: This is a lot of comics.

PR: Yes, it is a lot of comics so it’s going to be a lot of fun. There’s a great line-up of some really talented, funny guys. Funny people.

SP: Do you know how much time you have allotted for this yet?

SP: Oh, so it’s not so bad. Everyone’s going to get like 8 minutes a piece?

PR: Something like that, yeah, probably. And then Moshe Kasher is gonna get a little longer, because he’s Moshe Kasher. He’s a friend of mine and I’m really glad that he’s doing it. And so I mean, basically yeah, we’re going to do the Romane Event instead.

PR: Well, I love the Bay Area, man. I love the Bay Area, I love the comedy scene here, I love the theater scene, and I feel like I’ve been able to pull off a career here doing everything that I want to do which is voice-over, acting, and comedy. And writing, I guess. And producing. Basically what I’ve always wanted to do since I was a kid – my big dreams were to be a comedian, an actor, to do voice-over and I love producing shows, so I’ve been able to pull it all off and make a living doing it here.

SP: That’s awesome. Why do you think it is that a lot of other comics feel like they can’t?

PR: Well, ’cause it’s hard. It’s really really really hard, because there’s not any- there’s a small amount of industry in the Bay Area, and there’s a lot more industry in New York, Los Angeles, and even kind of Chicago. But certainly Los Angeles. San Francisco, you can do it here but people, they flee before they get their roots set because, you know it’s not- a lot of times creative people don’t have a business sense. You kind of have to have a business back here, because it’s a lot harder here because you don’t have a formal fast-track as you can have in L.A. and New York. If you want to stay here you gotta have a good business sense, so how to produce shows or how to, basically, you know, figure it out yourself.

SP: Ok, so, so you have done a little bit of work outside of the Bay Area. So how did the iCarly thing come about?

SP: Hmm, OK, so I will admit to being too old to watch iCarly, and I kind of realized that I was actually always wondering about the mother and why there isn’t one and I didn’t realize that you did play the mom once.

SP: I’m trying to remember this episode, and I know it seems dorky to ask you questions about the iCarly canon but I thought the mom was just a non-existent thing, as well as the dad.

PR: Yeah, so what I did, it’s basically a dream, not real. So it was a very strange Nickelodeon thing,  where there was all kinds of weird characters involved, like midgets and a whole crew of just weird people. Just weird things, not-

SP: OK, so it was kind of a psychedelic fever dream, if you will.

PR: Yeah exactly, that’s a good way to put it. I don’t really know how to describe it, it was really weird. I don’t think I ever saw what it was personally, they did put me on Nickelodeon’s website for a quick second; me and Jerry Trainor, for this thing. Yeah the people at Nickelodeon thought it was so funny, they took a picture of Jerry on the set, and sent it to me and they were like, “oh we have this all over our offices.” And then they wanted me to talk in like a falsetto, like a mom, and I remember telling them it would be so much funnier if I was just talking in like a deep voice almost like a New York accent, and they were like, “oh my god, do that.” So we ended up doing that, which was better.

SP: That’s fairly brilliant. So, one of the difficulties with the Barbary is competing against bands, and I vividly remember last year somebody doing a whole set just making fun of Sam Smith, because you could hear the faint echos of Sam Smith throughout the tent. Who are you most excited about competing your voice against?

SP: Oh awesome, I’m actually kind of excited because they’re a band I’m not familiar with on the bill.

PR: Oh, they’re so good. I have the album, they’re one of the few bands that I know on the bill, but yeah I love Vulfpeck. So good. So excited.

PR: Not as much as I used to, I used to work for a record label, and I am a musician, and I used to be in bands and tour, and all that stuff. And then I worked for record labels: Ubiquity Records and Om Records out here. So, I saw music every night for years. I even worked for an early dot-com website called localmusic.com that was dedicated to posting local music from different cities.

SP: I’m vaguely familiar with them.

PR: Yeah they’re great, but yeah my life is centered around comedy, and comedy shows, and I don’t get to see much music anymore, which is too bad because I love it.

SP: Yeah that’s kind of a bummer, but you still are living, kind-of the dream.

PR: Yeah, and I’m not young, I’m not in my twenties by any stretch of the imagination you know – I’m forty. So like, going out – when I have a chance to stay home, I do. I have to go out all the time to do what I do, so it’s nice to stay home. But I do love, you know, I love jazz, and I love to go and see music. I love to see great musicians play.

SP: Yeah. So kind-of going off that again, what comics do you get excited about sharing a bill with, or just who else that’s doing standup around town is exciting to you right now?

SP: Lydia Popovich is amazing… Alright, so if you were somebody that loves comedy but hasn’t quite figured out where to go to just find a good show, where’s your starting point? How would you recommend somebody finding a show?

PR: Yeah I always say Cobb’s and The Punchline are where I would start. They’re professional clubs and you’re pretty much always going to have a good time and from there, there are places that are having lots of fun comedy, like Milk on Haight Street and PianoFight has a lot of great comedy shows.

SP: Yeah, I do think Milk is one of the great underrated comedy rooms in town. Especially since we lost Cynic Cave, it’s kind of the thing that’s left.

PR: Yeah, yeah, absolutely. Um I mean the Right Spot is still doing it, and I mean there’s still some other things, other places. But like, Milk has some fun shows. I like that place because it’s walking distance from  my house.

SP: Yeah, I live in Oakland so the Night Light is the best comedy that’s walking distance from my house, I think.

PR: Yeah there’s Night Light, and then there’s Spice Monkey, which I’ve never been, but I’ve heard people mention them all the time.

SP: That’s nutty, Spice Monkey is like a block away from me.

SP: That’s awesome, oh yeah when you google Spice Monkey, they’re got a loft space. Oh yeah, Friday night, every Friday at 7:30 and 9:30 they have a comedy show.

PR: Yeah, people have been doing a lot more, I mean I’ve never been, but people keep mentioning Spice Monkey comedy. New, improved comedy menu… oh geez, they have a comedy menu even.

SP: Oh wow, this looks really fun. I mean, I’m mostly excited about this because I can walk there.

PR: Yeah, see that’s what it’s all about – walking there.

SP: It’s a bummer, I don’t see a line-up but knowing the people at Spice Monkey, it’s probably going to be pretty decent.

PR: Oh, you know those folks?

SP: I mean, I know the basic philosophy of the place so at least I know we’re not going to get a series of incredibly racist comics.

SP: Yeah, I’m not fond of that… Seems like one of the struggles with this community there’s so much great, and there’s sooo much bad.

PR: Yeah. Yeah, well that’s comedy in general, you know? It’s such a subjective art form. One person can just truly love a certain style, and another person will be like, “I will leave if I see that,” like that makes me wanna just go home. But that’s what makes a professional a professional, is like, generally if you’re a professional comic, you get to a point where you can be funny in front of crowds where people have different tastes, but they’re like, “oh, that was funny,” you know? That’s what makes local scenes tough sometimes, is that you don’t have a lot of professional comics yet, you know, they’re still working on their craft, and it’s hard. Comedy is so fucking hard. Sometimes people are like, “oh I’m gonna try this,” and people in the audience are like, “geez what are you talking about?” And it’s either super offensive, or just kind of not funny. 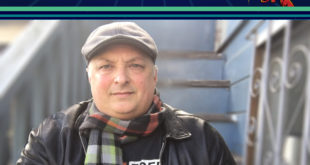