The cool comedy news website Splitsider featured us in their comedy podcast roundup with a sweet write up about Ep 73 Some Kind Of Monster with comedian Dana Gould!

The comedy podcast universe is ever expanding, not unlike the universe universe. We’re here to make it a bit smaller, a bit more manageable. There are a lot of great shows and each has a lot of great episodes, so we want to highlight the exceptional, the noteworthy. Each week our crack team of podcast enthusiasts and specialists and especially enthusiastic people will pick their favorites. We hope to have your ears permanently plugged with the best in aural comedy.

Raised by TV – The First One

Leigh: After teasing that this new podcast was coming for what felt like an eternity, the first episode of Raised by TVhosted by Lauren Lapkus and Jon Gabrus is finally here. If you’re of a certain age, you can take one look at the font of the Raised by TV logo and not only will you be immediately on board, but you’ll also get exactly what this show is going to be about. In this first episode, Lapkus and Gabrus AKA Gaykiss plow their way through a heap of nostalgia figuring out what ‘90s TV and TV related things like snacks (and why blue was such a popular flavor) they should devote future episodes to. Any show that discusses both Sam climbing into Clarissa’s window and why Cody was so dumb and lived in the driveway will feel like redemption for any kid who grew up in the ‘90s who didn’t have any friends that loved TV as much as them. [Apple Podcasts]

Mark: If a man leaping out of a moving car onto an airborne helicopter like Vin Diesel does in the Fast & Furious: Supercharged ride doesn’t make you sweat through your coveralls, there’s nothing to prescribe you. But if you’re a fan of the Disney/Universal theme park multiverse, then Podcast: The Ride might be your new favorite podcast. In each episode, self-professed theme park nerds Scott Gairdner (Moonbeam City), Mike Carlson (UCB, Screen Junkies), and Jason Sheridan (Flulanthropy, UCB) dive deep into the nitty gritty of Mickey & Minnie. In this fourth episode, the Spoonman Mike Mitchell chews on the timeless rivalry between Disney World in Orlando and Disneyland in California. No matter which side of Splash Mountain you fall, the discussion of Figment, Florida smells, and swinging in Pleasure Island (RIP) will no doubt bring you back to your last visit. The inane banter will feel familiar to fans of Doughboys. Not everyone can get to Disney as frequently as these season pass holders, but at the very least Podcast: The Ride is more enjoyable than anything at Six Flags. [Apple Podcasts]

Marc: I’m not sure if using comedians to pore over documentary films is some form of disrespect, but it sure is a fun way to do it. Comedians Paco Romane and George Chen take their opportunity most recently to turn back time to 2004 with the help of their guest, Dana Gould (The Simpsons, Stan Against Evil) to delve into the Metallica documentary Some Kind of Monster. Shot for almost two years during the tempestuous recording and production of the group’s album St. Anger, the film was marked by the fractured group’s in-fighting, lead singer James Hetfield’s return from a long stint in rehab, and their attempts to keep it together by consulting a “performance enhancement coach.” Gould, who claims not to be into metal “at all,” nonetheless has a warm spot in his heart for this doc. “It’s the best documentary ever made about marriage,” he says. He and the hosts wander far afield from the film during their hour and a half — traipsing through Gould’s tenure as a writer on The Simpsons, back to divorce (a topic he has had recent experience with), other singers like Brian Wilson of The Beach Boys and John Lennon, as well as his 35 years of experience as a standup comedian. Regardless of where the conversation takes the three, however, they always return with stunned amazement to the spectacle that is Metallica’s documentary. [Apple Podcasts]

Kathryn: Noted New York comedian Patti Harrison lost her brother when she was four, her father when she was six, struggled with years of eating disorders, came out as trans, and has clinical depression? Women really can have it all. This week John Moe dissects her complicated web of mental health issues on The Hilarious World of Depression. Patti is particularly open about growing up and only seeing trans people used as punchlines, and how that shaped her identity as a woman and a comedian. Her “breakthrough moment” didn’t come where you would guess at the end of college when she came out (for the third time). It happened a year later after she had moved home to Ohio and stayed in bed crying for months, when the combination of a trans identity, body dysmorphia, and a six-year history of eating disorders made looking in the mirror a macabre kind of torture. Her mom finally got her to go to therapy, where she learned tools she still uses today to keep from spiraling into “Linkin Park numbness,” even as she moved to New York and found professional success with an appearance on The Tonight Show and a profile in Rolling Stone. Patti’s new fans often experience an inspiring journey of their own, from seeing her Tonight Show piece and calling her brave, to finding her Twitter and calling her disgusting as hell. [Apple Podcasts]

Pablo: Unregistered, hosted by adjunct professor Thaddeus Russell, describes itself as “a show about what you’re not supposed to say.” While that might conjure images of a straight white man lamenting the rise of PC culture, it also applies to sensitive conversations we are often too scared to say out loud in our liberal bubbles. Like Russell, this week’s guest Moshe Kasher is an East Bay native with decidedly East Bay political leanings. Kasher is as intellectual as comedians come, so they waste little time jumping into a complex question: When they were growing up in or near Oakland as white minorities, why did they worship black culture despite being beaten, tormented, and even held hostage because of the color of their skin? How did they grow up to have progressive views on race relations when many Americans who never interact with African-Americans or Muslims have such virulently repugnant views towards them? It’s a fascinating conversation that will stimulate your mind more than the nth “Hmmmm… I wonder why the latest white mass shooter isn’t labeled as a terrorist” tweet popping up on your timeline. [Apple Podcasts]

Marc: The four hosts of Monster Party (Matt Weinhold, Shawn Sheridan, Larry Strothe, and James Gonis) return to whence they came when they kicked of this podcast in 2013. Their premiere episode was all about the Worst Monsters of horror, fantasy, and sci-fi movies and that’s where they go this time, too. And although they have had an amazing run of guests (all lovingly listed at the show’s conclusion), they go guestless here as they did in the early days of Monster Party. Well, except for the painkiller Percocet. Co-host Weinhold is recovering from back surgery as the episode records and the liberal applications of alcohol enjoyed by the cast aren’t quite enough. Admittedly, this show gets so far into the weeds that they are talking about movies that I haven’t seen. But once they launch into some descriptions of both the monsters and the films they appear in, I only feel blessed that I hadn’t been subjected to more than a few. Like 1943’s The Ape Man starring Bela Lugosi as a kind of ape sporting a beard and sideburns. Or Tabanga (From Hell It Came, 1957), an odd tree creature that moves so poorly it’s surprising it ever catches any victims. The best part is when these guys try to go for a consensus, but it seems there’s almost always at least one holdout in the gang that doesn’t want to throw the creature in question under the Worst Monster bus. [Apple Podcasts]

Other Podcasts We’re Listening To:

Got a podcast recommendation? Drop us a line at podcasts@splitsider.com.

Pablo Goldstein is a writer from Los Angeles, CA.

Leigh Cesiro is a writer living in Brooklyn who only needs 10 minutes to solve any Law & Order: SVU episode.

Marc Hershon is host of Succotash, The Comedy Soundcast Soundcast and author of I Hate People!

Mark Kramer is a writer, comedian & human boy from Staten Island, New York, but please don’t hold that against him.

Kathryn Doyle is a science writer from New York. 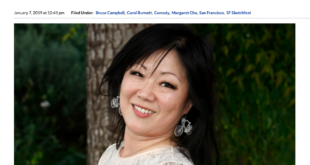